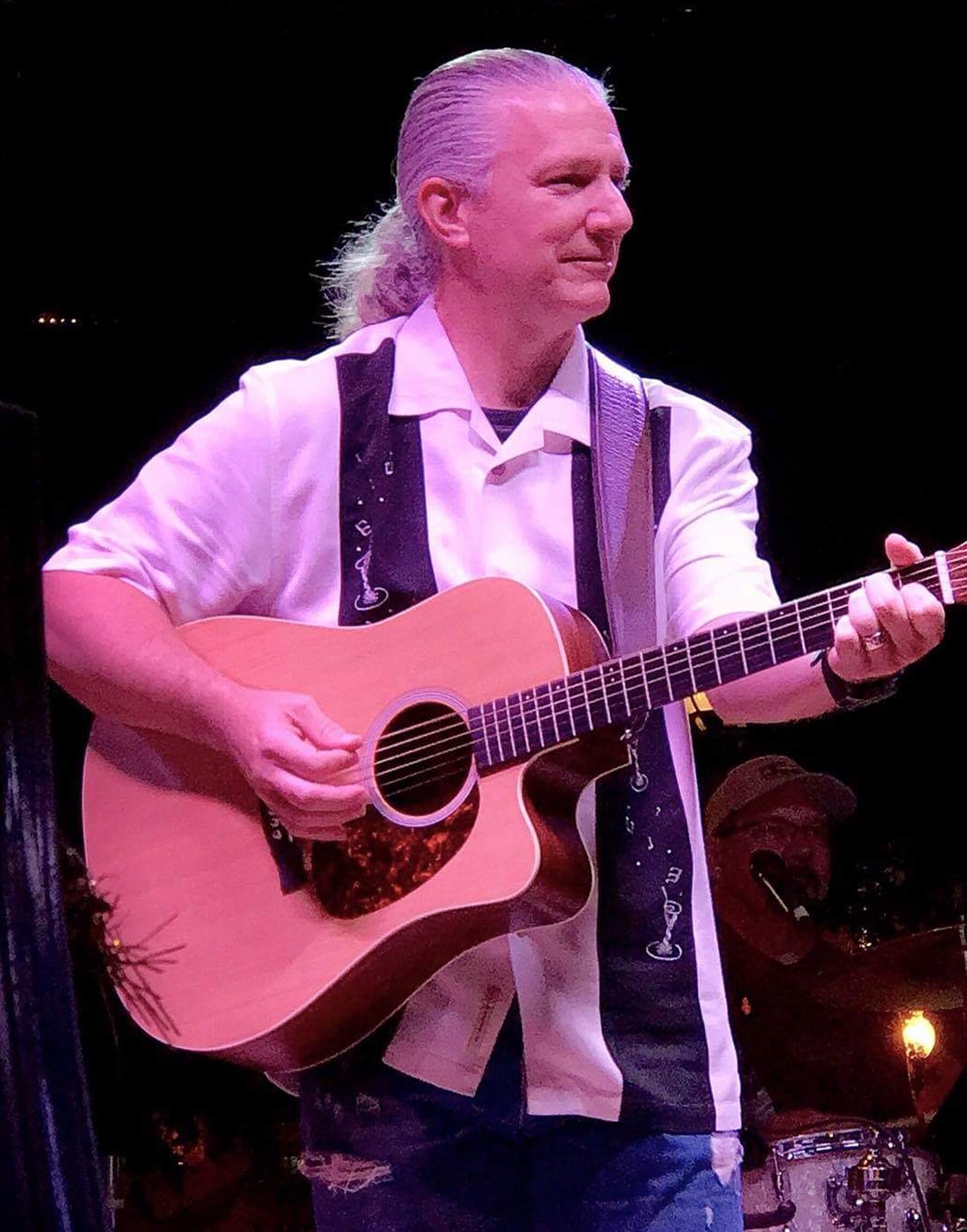 Colin hails from the mid-west and has grown up in country music. He began playing in his father’s band ‘Kountry Kernals’ at the tender young age of 14.

Before moving to Florida in 2000, Colin played in Oklahoma City with the ‘Good Ole Boys’ featuring former band members of Alan Jackson, Roy Clark, Hee Haw and the Rascals.

Although he is the major driving force behind the ‘country side’ of THINK BIG, he can rock as good as the next guy! 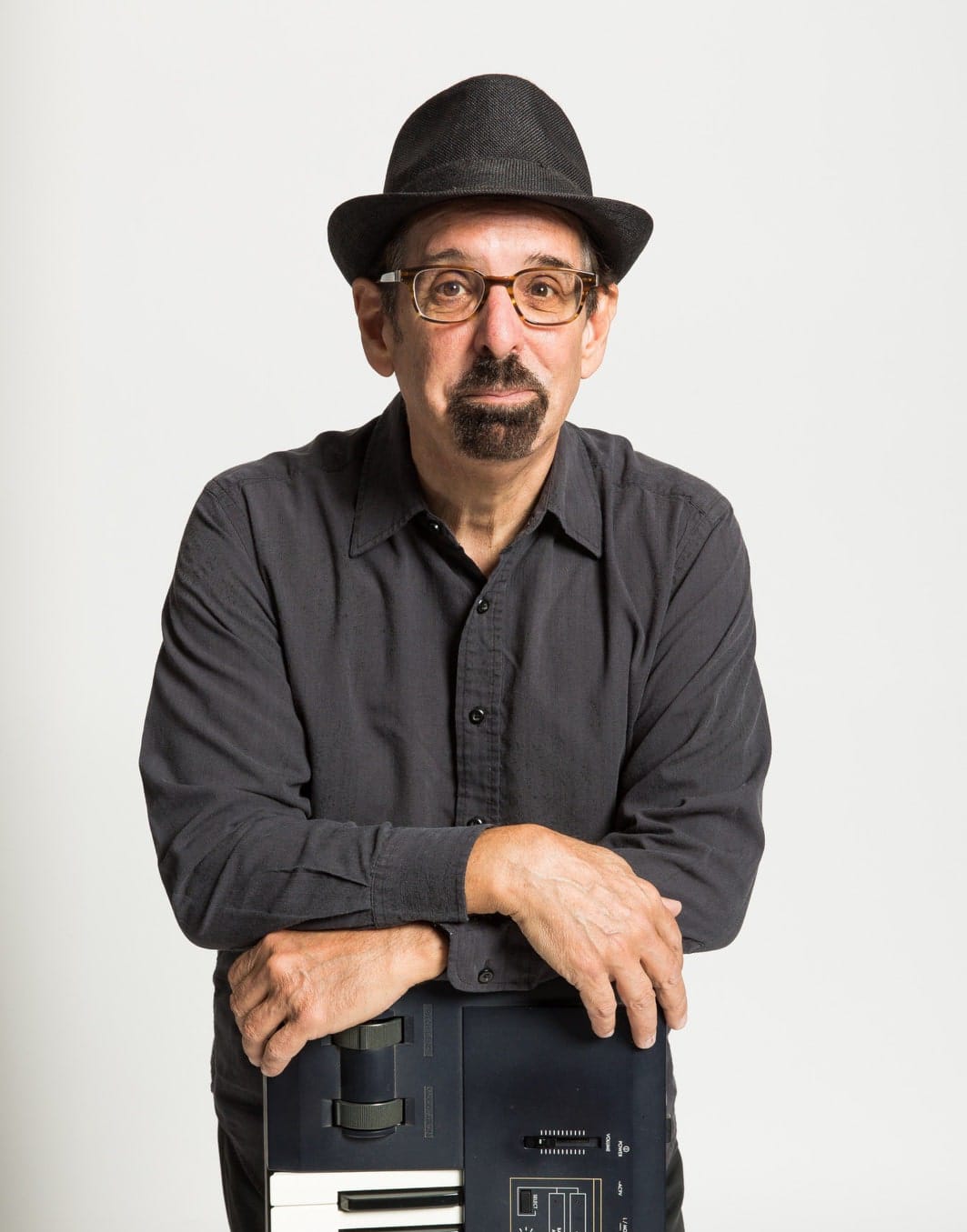 As the newest member of Think Big, Sal has been playing piano since he was twelve and began his professional career in Florida in 1970. During that time he has performed as a soloist as well as a member of many music groups. His career includes venues such as world resorts, cruise ships, and theme parks. 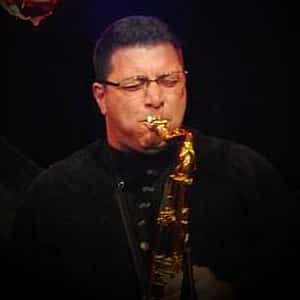 Joe has played for audiences across the globe in dozens of countries! His soulful saxophone can be dreamlike or jamming depending on the song and the mood of the crowd. He has played with the likes of Don Henley (from the Eagles) and countless big-named artist over nearly 40 years. Joe is also a member of the Blues Brothers Band at Universal Studios, Orlando 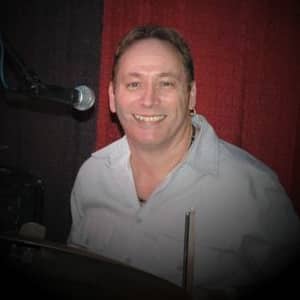 John hails from Baltimore, Maryland and first started playing drums at the age of 11. His first break was playing with the local high school band called ‘MASK’

After leaving high school John then joined a band band named ‘ZIMMERON’ who caught the attention of RCA records.

At the same time John also recorded with MAX DAMIEN for the same label. After touring for six years John moved to Orlando and has played locally with Niteflight, The Vibe and now is delighted to be a member of THINK BIG. During his career John opened for 38 Special, Beach Boys, Edgar Winter, Rick Derringer plus many more. 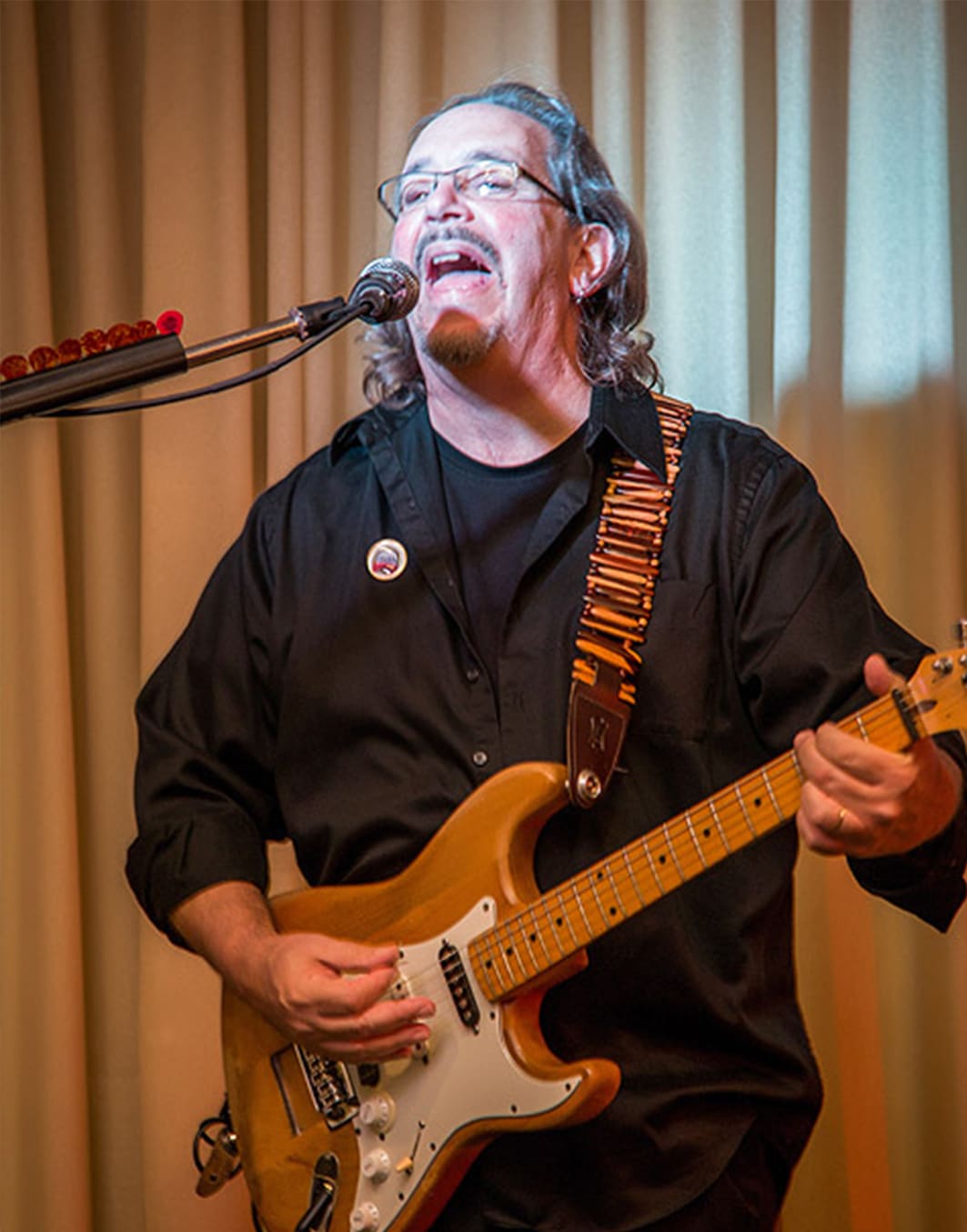 Mike is the “hometown” boy from right here in Winter Park, Florida, and has been playing professionally since 1974.

He has shared the stage with internationally known acts like the Coasters, the Platters, Molly Hatchet, Nantucket, Sam Butera, and Wildest. His eclectic style of lead guitar has made him a favorite here in Florida and throughout the southeast, playing in some of the finest casinos, hotels, and nightclubs such as Resorts International Casino and Hotel, MGM Grand, The Venetian Hotel, Atlantis Resort Bahamas and many more!

He has been performing with Think Big since April 2015.

Mike also released a solo album in 1978 which quick gained attention and was featured as the album of the month in Georgia! 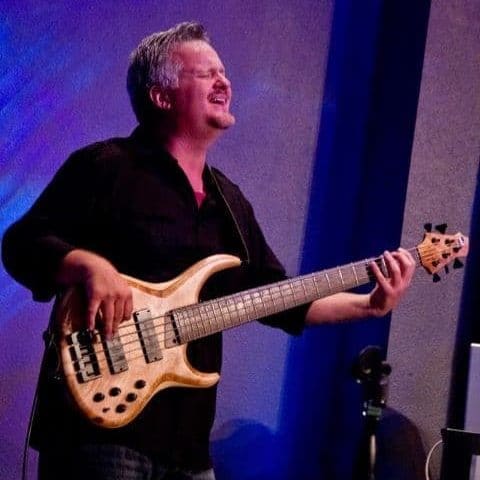 clubs of Downtown London. With his entire family performing in numerous Jazz and live performance establishments in DowntownLondon, his musical DNA was set. He started playing bass guitar at age 12.

Darren’s mother was the musical director for Eglin Air Force Base recreation center and this was where he met some of the finest musicians that took him under their wings. He learned to play and appreciate all styles of music.

Beginning his professional, he then attended Seminole State College on a Bass performance scholarship. Darren has shared the stage with Spyro Gyra, Marcus Roberts, Willie Nelson, Wayne Newton, Bob Hope, Hal Ketchum, and has performed for many local events in the Orlando area. He now calls his musical home Think Big and brings more than 40 years of playing experience with him.

We have been honored and privileged, over the years, to have had these individuals grace the stage with us.

Gary Swinard hails from the UK. His musical career spans four decades of performance, including working along side and in the company of artists such as Jeff Beck, Deep Purple, Jethro Tull and many more.

His last English band of 14 years, ‘Live N’ Kickin’, was known as one of the best classic rock bands
in the south of the country and was a frequent visitor to the main stage at Disneyland Paris. 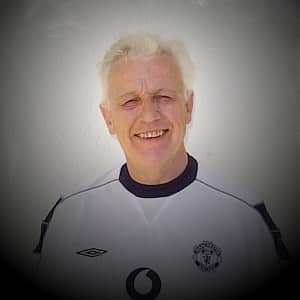 Born in England, Barry Dean is a product of the British music scene of the 60’s. He toured England and Europe with several bands and in 1970 became a founding member of “Oblivion Express” with world-renowned organist/keyboard player Brian Auger.

As well as playing bass, Barry wrote and co-wrote several pieces on the albums “Second Wind,” “Straight Ahead” and “Closer To It,” the latter being one of the few albums to appear on Billboard’s R&B, Pop & Jazz charts. Now a resident of Central Florida, Barry has also worked with “The Midnight Creepers” and now is happy to be a part of THINK BIG. 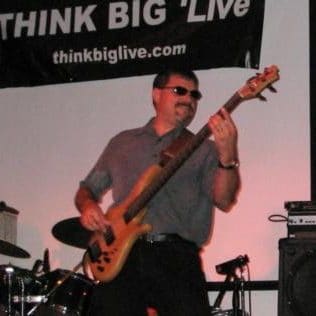 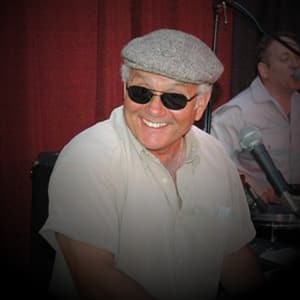 Jay graced the stage with Think Big for more than a dozen years and left in October 2017 to enjoy his retirement. He was the main contributor to the band’s soulful sounds of the oldies and MoTown roots. Over the years he contributed a Billy Joel tribute and did amazing covers of Joe Cocker’s hits. We wish him and his lovely wife, Mary, the very best in their downtime! 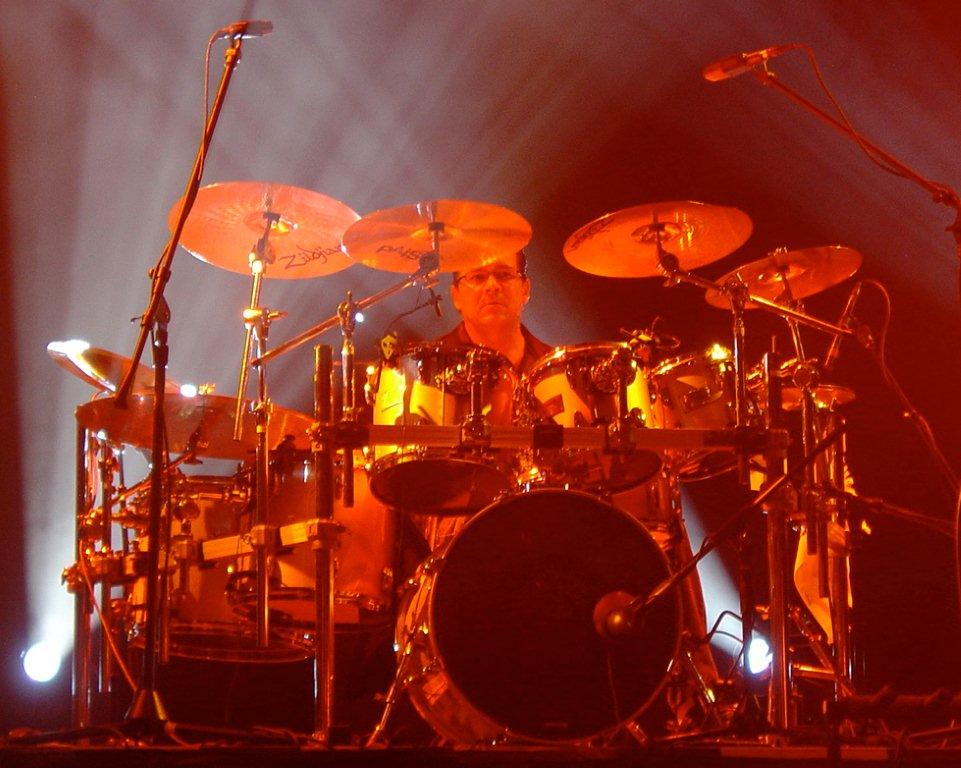 Bryan began playing professionally around Indianapolis at the age of 16. His formative years were spent travelling around the the United States and Canada playing in clubs 5 nights a week where he honed his skills playing rock, country, dance and R&B and funk. He has played internationally in Europe, Africa, Canada and the Caribbean. Bryan has played with many national artists including Peter Noone and Herman’s Hermits, Alex Chilton and the Box Tops, Jack Ely and the Kingsmen, Sonny Geraci and the Outsiders and many more.

His musical influences include Maynard Ferguson, Buddy Rich, Weather Report, Rush, Aerosmith and Journey. Bryan’s unique sound comes from mixing electronic and acoustic drums. He is also one of the very few Zendrum players in the Central Florida area. Bryan is honored to be a part of Think Big.